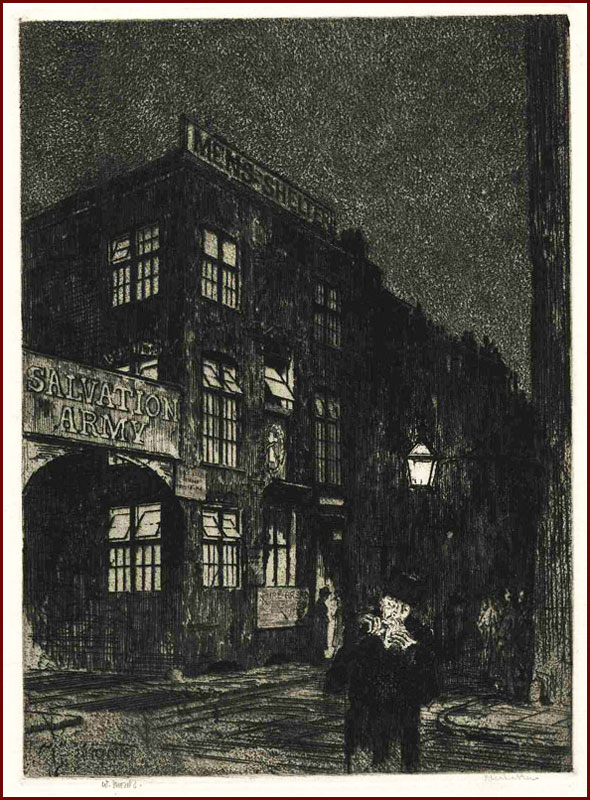 William Monk R.E. 1863-1937.Mens Shelter at the Salvation Army New York, an original etching with aquatint, signed in the plate and signed in pencil. It was in 1880 that Commissioner George S Railton and seven women officers held their first official street meeting in New York, they where at first ridiculed and attacked.